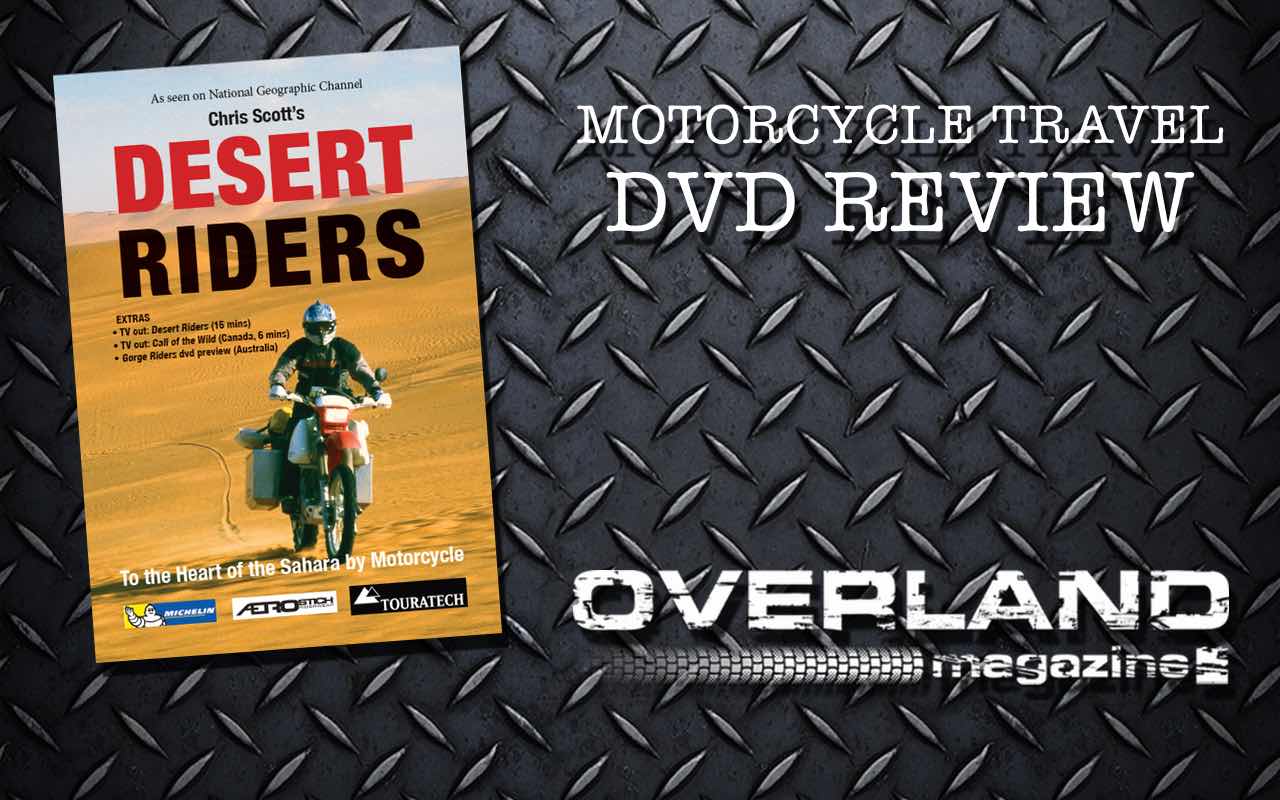 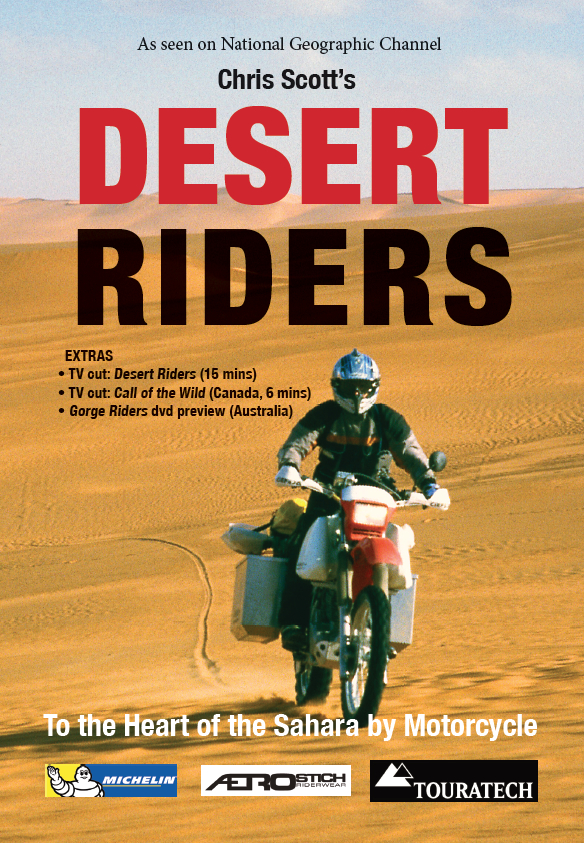 Chris Scott’s film about a team effort back in 2003 to reach the Tierry Sabine ‘lost tree’ memorial in northern Niger by bike, has at last been re-released.

This film is raw and it’s real and follows Chris and two friends as they ride Honda XR650Ls from the Tunisian Mediterranean down through Algeria and ‘illegally’ into Niger.

The trip is made possible by Chris previously burying caches of food and fuel from the back of his aging Toyota, which was itself no mean undertaking. In this age of visual entertainment it’s sometimes difficult to step back and fully comprehend the immense nature of a trip like this regardless of the machinery used.

Without support, without a camera crew and before the days of GoPro, there are certainly compromises from a cinematic point of view, but that disappointment should be curtailed and contextualised.

Having to carry all necessary supplies between ‘caches’ means the bikes are overloaded and unwieldy to use. Consider 38 litre tanks plus extra fuel and water! Covering terrain that doesn’t have pistes is something to be respected and managing 3 kms in a day really puts things in perspective. This was a real challenge under an unrelenting sun and filming it was secondary. It’s true ‘boys own’ excitement but the occasional use of raw audio-diary recordings from the time really adds to the experience for the viewer.

With that in mind, the editing of footage and the narration could have been better. Chris does his own voice-over but has a tendency to let syllables drop away, making it difficult to follow. When talking to camera there are instances the viewer doesn’t get to see what he’s describing either, but the footage does exist as some of it appears in the ‘TV Cut’ which is also on the disc. 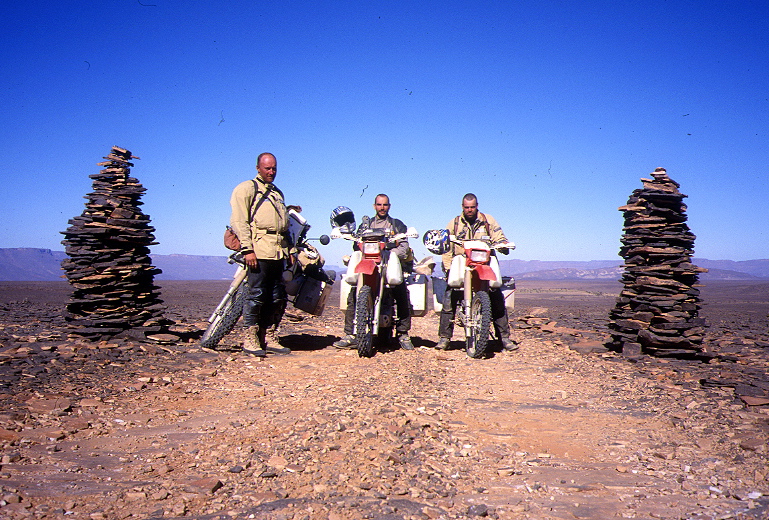 In fact there’s also a ‘TV Cut’ of a trip he made in Canada’s Yukon territory which is a real bonus, very much two-4-one. Both these ‘TV Cuts’ have been produced by the National Geographic Channel but the filming is all Chris’s. He’s a multi-talented adventurer, perhaps more famous for writing The Adventure Motorcycling Handbook, but never in doubt is his passion about the Sahara and the incredibly varied terrain that it contains.

If you thought the Sahara was all about sand, this is a film that you really need to watch. The Tenere desert, Hoggar Mountains and Tassili N’Ajiir plateau provide the varied and stunning backdrop to this adventure. The actors provide the sunburn, blistered lips and broken bones…

For the forseeable future no-one will be riding here again as the jihadist insurgency has made this incredible part of the world inaccessible, so this is probably the closest any of us will get and we have Chris to thank. £9 including P&P just doesn’t seem enough!   sahara-overland.com

To WIN a copy of this 71 minute DVD with extras, just write to:

and put the year and destination of Chris’s trip in the subject bar. We’ll draw the winner on St Patrick’s day, for no plausible or desert-related reason…