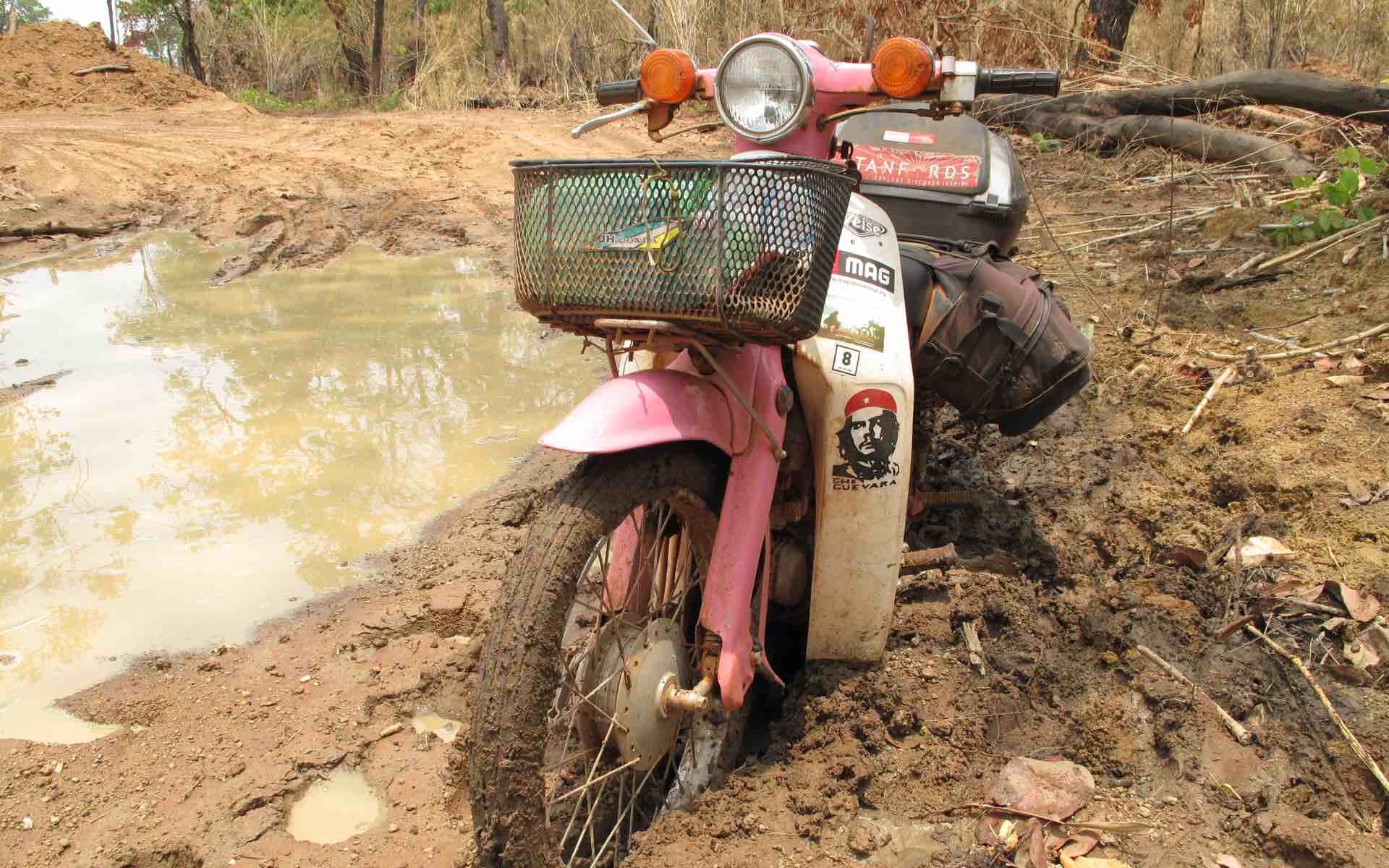 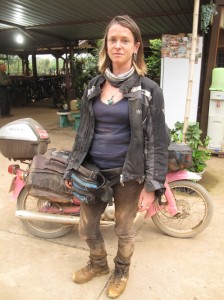 I rode slowly between the craters, my eyes scanning the ground for stray bombies. By now this had become second nature; every time I stopped for a pee I stayed on the track, checking the ground around me for UXO (unexploded ordnance) and the nearby shrubbery for snakes and spiders. It was a habit that would stay with me for several months after I got home. A handful of small brown cows grazed, their bells tinkling as they picked at the poor grass, and black holes in the ground were gossamer’d with the webs of spiders I’d rather not meet. Now the track narrowed, dropping due south through cool, dark, heavily scented pine forests and across parched grass clearings.

Amidst a barricade of pines I passed a grubby couple squatting on the path, roasting skewered bamboo rats over a small fire.

‘Pai Sai?’ they asked, waving a blackened, toothy rodent at me. ‘Attapeu!’ 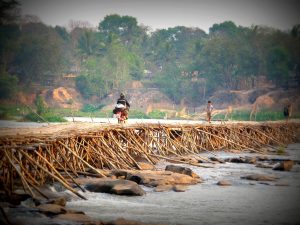 Round the corner the forest was burning on either side of the track. Fire licked the edge of the path and the air was fragrant with pine smoke. Fearful of explosions I pulled the throttle, accelerating through the smoke and encroaching flames. Minutes later I was clunking down a steep, rubbly hill into a grassy clearing when I inexplicably lost balance and tumbled sideways into the dirt. Wincing, I picked myself up: blood was seeping out of a two inch slash on my left shin and my panniers lay on the ground, both ripped open along the top seams. I couldn’t afford to make such silly mistakes, next time it might be more than just a cut. Hopping and swearing, I led Panther down the hill, pausing to clean the cut and to smoke a nerve-calming cigarette. Having secured the panniers with an extra bungee I rode on, trying to ignore my throbbing leg. The only thing for it was to laugh; first a breakdown, now a fall – this was turning out to be an eventful day.